The success of the Department of Energy’s (DoE) Renewable Energy Independent Power Producers Procurement (REIPPP) Programme is a shining example of South Africa’s ability to undertake large infrastructure programmes to boost the local economy despite the current period of slow growth internationally. This public-private partnership programme has allowed for energy growth and successful private investment, which contrasts with a number of other international renewable energy programmes that have faced difficulties and setbacks.

According to Paschal Phelan, Chairman of Solar Capital, the renewable energy developers involved in the REIPPP Programme have funded their facilities largely through independently sourced international investors and local banks making these projects viable in the SA market. “About R47bn of the programmes awarded bidder status reached financial close in the first round and R28bn in the second round of the REIPPP Programme.”

A recent Investec report on renewable energy pointed out that, in terms of contribution to South Africa’s gross fixed capital formation, the first and second round of successful REIPPP bidders accounted for 12.7% and 7.1% of private sector fixed investment respectively. “This investment allows for further energy creation and thus enables an environment which will positively contribute to improving growth of the currently constrained GDP (at approximately 3.5%) in South Africa,” explains Paschal Phelan.

In comparison, the building of coal stations such as Eskom’s Medupi and Kusile required government funding and guarantees. In early 2015, Energy Analyst Chris Yelland said the interest bill for Medupi and Kusile amounted to R29.2bn and R48.7bn respectively. “The fact that the projects are running years behind schedule also means that this contributes to the countries confined GDP growth, as described above,” adds Paschal Phelan.

The amount invested in the Solar Capital De Aar project totaled R2.2 billion for the first phase and R2.6 billion for the second phase – making an overall investment of R4.8 billion in the development of the facility. Although this involved considerable startup costs, Solar Capital is budgeting for a 11-12 year payback term.

Paschal Phelan says that it is important to note that the Department of Energy (DoE) is currently taking firm steps to improve financial energy investment models in South Africa. “In the Budget Speech on 24 February 2016, the Honourable Mr Pravin Gordhan, Finance Minister of South Africa, announced that the REIPPP Programme will be extended to include coal and gas power projects. This is a logical way forward in terms of investment, but is likely not the fastest way to provide further energy to South Africa.”

When building its 175MW solar facility in De Aar, Solar Capital mounted 9000 panels in one day. The farm itself was efficiently constructed in 28 months (inclusive of both phase 1 and 2 of the project). Not only will this allow power to be supplied to 75 000 homes, but with the upcoming investment in back-up power storage Solar Capital will be able to feed stored electricity into the grid between the 07h30 and 09h00 morning peak demand.

Paschal Phelan says that coal powered stations have traditionally been built to deliver more electricity than solar power. “Eskom reports that Medupi and Kusile will have a capacity of 4 800MW each. However, the DoE is invested in providing a well-thought-out electricity mix to the country and, as such, announced in October last year its intention to create a 1 500MW solar facility in the Northern Cape.”

Paschal Phelan explains that the global electricity produced by solar power has doubled seven times over since 2000. “Part of the reason for this is that solar is not a fuel, but a technology. Owing to economies of scale and increasing efficiency, prices of solar technology and supply continue to fall, as does the price of batteries for energy storage. As a result, the need for fossil fuels is falling internationally. It is only developing countries like South Africa that are still adding coal to the energy mix, more as a result of a rapid demand for further energy supply.”

“Investing in solar power makes sense. It has minimal operation costs, it is environmentally friendly and the source of energy is abundantly free, green and sustainable. It is the way the world is moving and South Africa is fast becoming a leading force in renewable energy programmes,” concludes Phelan. 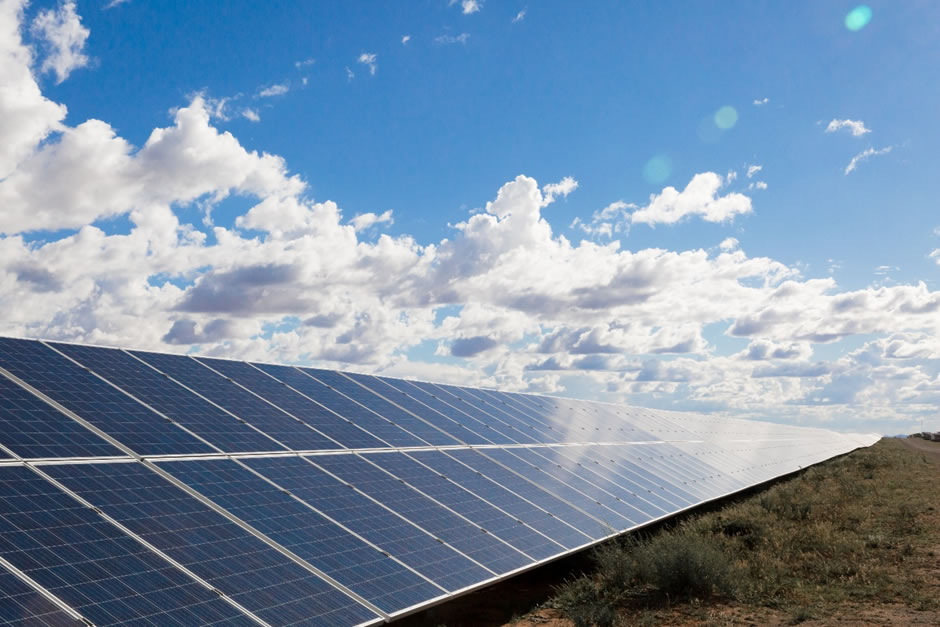