The Solar Capital De Aar 3 funded Emthabeni Women’s Shelter was named the BEST SHELTER in the Northern Cape by the Department of Social Development on 29 November 2016.

Ethembeni is the only independent shelter in the Northern Cape and is fully compliant with the regulations of operating a shelter. The shelter is a 24-hour service provider to women and children who are affected by abuse, rape and other serious crimes. The shelter is also a safe haven for referred clients from other provinces whose lives would be endangered by remaining in an environment where a crime was committed against them. 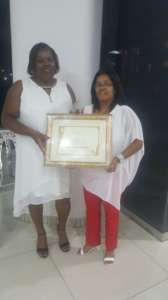 How I Am Paying It Back: Simon Dithebe
Great Things Take Time: The Story of Georgina Kami...
The Launch Of My Own Business In De Aar
Excellence and Education the Key to Success in Bus...