The bursaries were distributed at the Ministerial Bursary and Award Event in De Aar, Northern Cape organised by the Department of Energy. There were approximately 550 students present who were addressed by the Minister of Energy, Honourable Tina Joemat-Pettersson. Also present were Chairman of Solar Capital, Paschal Phelan, and Head of Economic Development, Janice Finlay, who spoke on the importance of providing jobs in the Northern Cape, through programmes such as the REIPPPP projects, in order to entice graduates back to their home province.

The bursaries are an example of the important Economic Development the Renewable Energy Independent Power Producer Procurement Programme (REIPPPP) partners carry out in the areas in which they are involved.

The bursaries will cover the full costs of the chosen degrees and diplomas of all 26 students, as well as their residential and living costs. 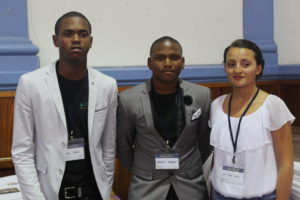 Solar Power - Most Affordable Source Of Energy In ...
Young Business Woman Inspired By Solar Capital Ent...
What Is Solar Irradiation And How Does It Make Sou...
Famous Climate Change TED Talk - Al Gore