March 2016: Today, The Honourable Ms Tina Joemat-Pettersson, Minister of Energy, inaugurated the 175MW Solar Capital facility based in De Aar, Northern Cape – making it the largest solar farm ever completed in the Southern Hemisphere, Africa and the Middle East region.

This launch of the facility is the culmination of a two-phase project. The first phase has a capacity of 85MW and the second phase an even larger capacity of 90MW. In total the facility is 473ha, consists of 503 942 modules and took a mere 28 months to construct. The amount invested in the project totaled R2.2 billion and R2.6 billion for the first and second phase respectively – making an overall investment of R4.8 billion in the development of the facility.

According to Joematt-Pettersson, sub-Saharan Africa has seen tremendous economic growth and its energy consumption has risen by 45% since 2000. “Many governments are now intensifying their efforts to tackle the numerous regulatory and political barriers that are holding back investment in domestic energy supply, and inadequate energy infrastructure puts a brake on urgently needed improvements in living standards.”

The Department of Energy (DoE) has worked hard to solve the energy shortage in South Africa through its Renewable Energy Independent Power Producers Procurement (REIPPP) Programme. This programme allows for foreign investment in renewable energy farms, and has enabled the establishment of various renewable energy facilities which assist in providing the grid with electricity, such as Solar Capital De Aar’s 175MW farm.

Paschal Phelan, Chairman of Solar Capital, says that the launch of the facility is an important example of how solar power can assist in solving the current energy crisis in South Africa. “The Northern Cape of South Africa has some of the highest irradiation levels in the world, with the location of this facility boasting 2168kWh/m². This allows the abundant sunlight in the region to be converted into green energy to be transferred to the national energy grid,” says Paschal Phelan.

Paschal Phelan explains that South Africa as a whole will benefit from the facility, as all power generated from the project will be exported into the national electricity grid. “The electricity produced will be able to power approximately 75 000 South African homes every year,” says Paschal Phelan.

Paschal Phelan adds that, with the introduction of lithium batteries in the near future, power will not only be transferred during the day, but can also be provided at night when it is most needed.

Solar Capital has also invested in long-term economic development in and around De Aar. Phelan points out that the De Aar project has had positive economic effects in the local area. The facility employed over 2,000 local people at peak and currently employs approximately 100 people for operations and maintenance.

Paschal Phelan says that by the end of 2016 more than R24 million will be spent on economic development in projects, such asa community leaders development programme, free Wi-Fi for the town of De Aar, a large community training centre that houses a computer training laboratory, as well as an arts training and exhibition centre.

“The launch of the solar farm is not only a success in its own right, but also allows for the opportunity to spread the message of solar success. It has no mechanical parts, it has minimal operation costs, no emissions, no water usage and it is safe. It needs to be a priority in South Africa that we continue the investment in this source of abundantly free, green, sustainable energy,” concludes Paschal Phelan.

Paschal Phelan a native of Ireland, initially worked in the banking sector in Sydney, Australia, before being appointed as the European Foreign Trade Director, for the Irish Government Food Export agency, based in Brussels. In the early 1980’s he established, in Ireland, his own food manufacturing export company which went on to become one of the most innovative and successful Irish companies of that decade. After this Paschal Phelan went on to investing in various successful food related businesses in USA, UK and Russia.

Solar Capital (Pty) Ltd is a subsidiary of Phelan Holdings (Pty) Ltd a prominent South African based International Investment and Development Company, with the vision to become a market leader in the production of solar energy in Southern Africa. Based in Cape Town, Solar Capital has built up a local and international proficiency in renewable energy, in order to realize its mission. With Southern Africa having some of the highest annual solar radiation levels in the world, Solar Capital has invested in real estate and technology with the potential to develop the continent’s most valuable energy source – the sun. 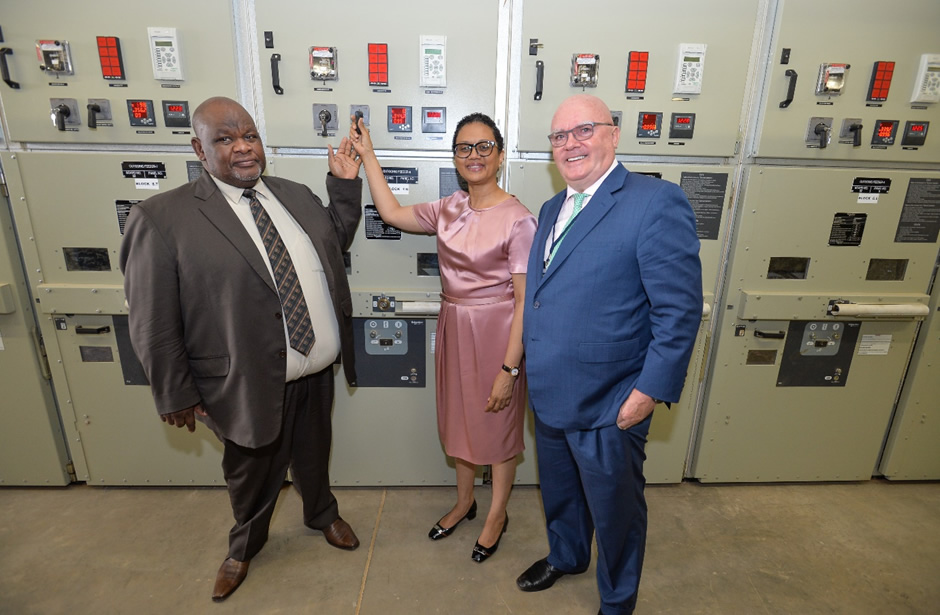