I was raised by a single mother in De Aar during the 80s and 90s and was devastated when she passed away when I was 9. Luckily for me, I was taken in by a local family who assisted me in finishing my matric. After school, without any funds for further studies, I remained unemployed for a year and so decided to move to Ocean View, Cape Town in order to find work.

My life in the densely populated, crime and drug riddled community of Ocean View was not easy for me. I dreamed of becoming a successful artist, but without any formal training, and not much access to materials needed for my art, I lived an unsettled life for the next 10 years.

In the past when I couldn’t afford certain things, I drew pencil sketches for people in return for items I needed. I would draw a picture for a friend and ask for their pencil or pen in return. Then in 2002 my art became more ‘serious’ as I met an artist in Cape Town by the name of Charisse Gardiner who became my teacher.After this I started producing not only sketches, but also paintings and other art works.

Fate brought me back to De Aar for a few days in 2015 where I learned about the Community Development Workers Programme. Instead of then moving to Bloemfontein as I had planned, I decided to stay in De Aar to join and learn from this valuable programme.

The CDW Programme has helped me to understand my emotions. It has made me realise that it is not only me who had a difficult life, but that others went through similar things. I had certain questions about why I suffered like I did and unresolved issues about my experiences which I have now managed to work through. I now see life with a totally different view.

Everyone in the CDW class was asked to share their own experiences and I learned about how this influenced their life decisions. I now know how to approach our community and to deal with certain situations involving relationships with partners and family for example.

As I grew up without a father, I want to invest in young people from unstable homes. I have experienced what can happen in life if you make the wrong choices, andI want to share what I have learnt with the kids. I want to be a mentor to youth that need it.

A group of the CDW’s are planning a young leadership campaign with local schools. I want to take a similar programme to the community through my church, but integrate art into the programme. I want to assist the youth with growing emotionally through art. A picture plays an important part in a child’s mind. They learn very fast when they see things. They capture images and store these away. Through expressing their ideas and memories in art, they can release the negative things they experienced in life and so allow a new space for positive development.

I have named this course the Mustard Seed because everything starts with a seed, but by the end of it you can benefit from the fruits of your labour. 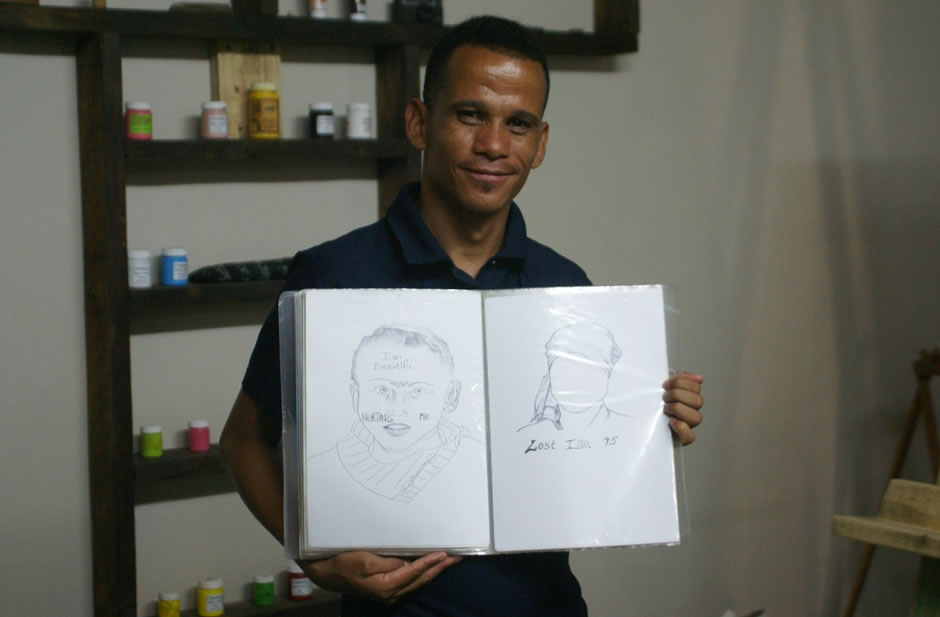 Francquois Jonkers and two of his sketches whereby he shows how emotions can be expressed through art.